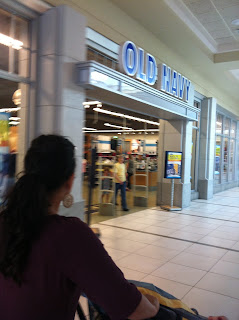 ... Name that tv show episode song. And if you don't know it, you're missing out on one of the most entertaining non-vulgar cartoons on television. Pssht.

Old Navy and Crowdtap selected me once again to host a sampling party. This time? Meet up with girlfriends at our local Old Navy and try on the new, stylish selection of skirts, cardigans and scarfs! ZOMG! Best day of my life, right? I live in cardigans. And hello, Old Navy has CORD. PENCIL. SKIRTS.
I'm dead from lust.

Emma and I loaded up and carpooled with my friends Amanda and Farrah, to meet my dearest Rebecca and Sawyer for a total mommy-daughter shopping experience. 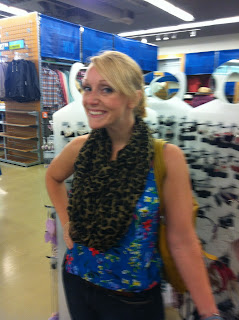 While I didn't hesitate to snatch up a leopard print infinity/circle scarf I've been eye-balling for quite some time (MOG! It's so soft and circley and it makes me so ridiculously happy in all of it's leopard self), the girls made a bee-line for the cardigan table, which was nicely arranged in the middle of the store. 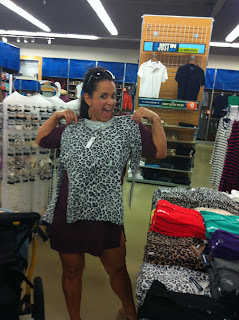 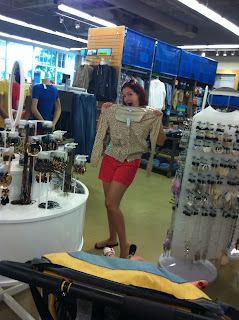 
We grabbed a few skirts and scarves to compare, a few accessories and made our way back to the dressing room. I had a few judges eye-balling me while I zipped up my skirt in the changing room. I think they were shocked at how good it looked. 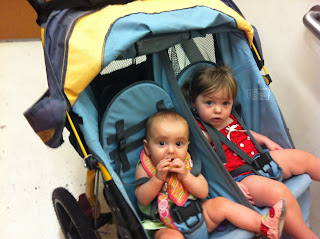 As they should be.
﻿ 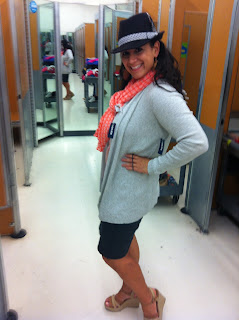 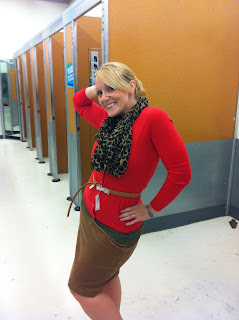 A few attempts were made at a group shot and while none were perfect, we were so happy with our haul (and so desperate to stop annoying the store assistant) that we decided to call it a day. 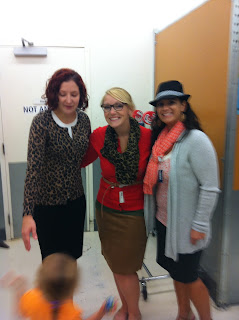 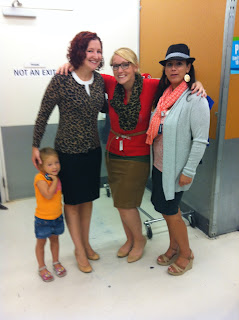 Thank you, Crowdtap and Old Navy! We had a great time, and are getting a head start into a fashionable and warm fall season! 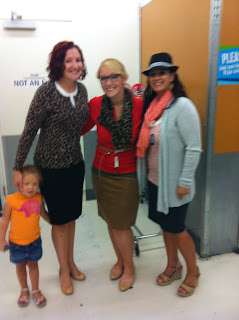 I had a beautiful, large butternut squash and since I've been dealing with a sickly child for the last week straight, I figured a hearty soup is exactly what we needed to help get her back on the road to recovery. I went through several recipes and was sort of... disappointed(?) at just how easy it is to make squash soup. I think I figured it would actually take some elbow grease.
Whatever. I'm weird sometimes about cooking.

After looking at several recipes and reviews, I decided to just wing it. I rubbed olive oil and a little onion powder on the squash and then roasted it at 375 degrees (f) for an hour, when the meat inside was tender. Obviously depending on the size of your squash, you'll want to bake it for more or less time. 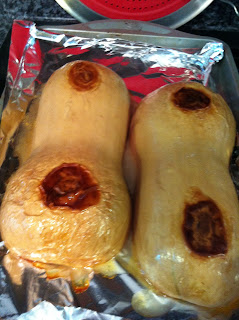 (I did a dumb-blond thing and roasted it face-up for the first 20 minutes, and then realized the err in my ways. Ignore the brown rings)

After the squash was fully baked, I let it cool for about 15-20 minutes and then scooped the meat out and threw it in my blender. Unfortunately, I don't have a decent sized food-processor, but the blender gets the job done. I wanted the soup creamy, so I added a single serving of plain Greek yogurt. Protein and all that. Bla bla... Please disregard my chipped navy polish. I love matte top-coat but the polish only lasts, like, a day. 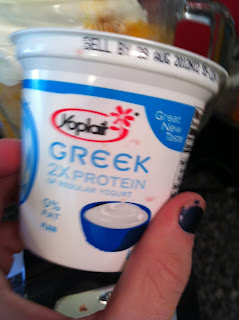 Anywho, I added the yogurt to the squash. I also threw in about a half teaspoon of celery salt, a teaspoon of sage seasoning, some garlic powder and a sprinkle of sea salt and then pureed the crap out of my concoction. 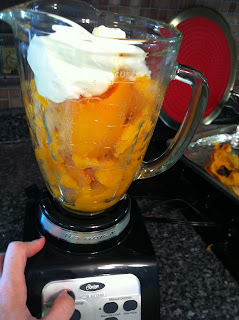 After heating it up, I served some up for E (and some for the husband and me). 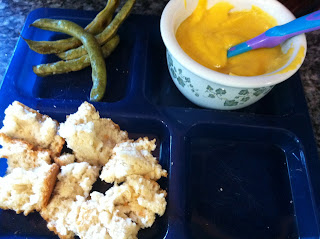 ﻿
﻿
﻿
Brett immediately turned his nose up at dinner. He said the soup smelled like goat cheese (no goats or cheese were added to said soup) and it was unappetizing to him. He did go crazy for the beer bread and spicy baked green beans I threw together this evening.

Emma was hesitant to try the soup. 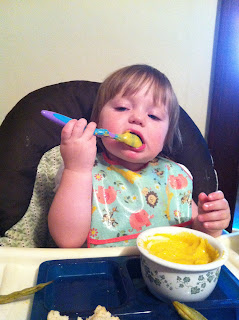 But then she decided she liked it. 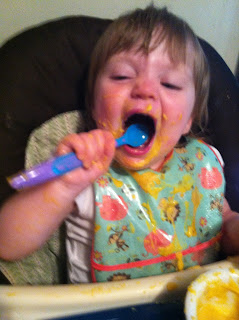 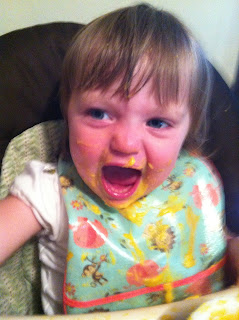 (I also liked it a lot. Simple, low fat and calories, filling, hearty... perfect for fall. Even thought it's only August.)

I mean, just look at this thing. I saw it, repinned it, looked at the ingredients and immediately started busting out the Kitchenaid mixer. 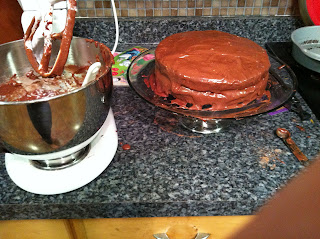 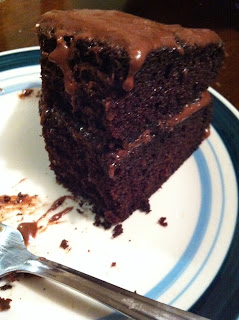 Okay, whatever. It tasted good.