Neck names and the girls who love them

I like sparkly things (Who doesn't?!), and monograms are SO in this season and yet totally classic.  This Christmas, I'm itching for a little neck bling for day-to-day wear. When it comes to monogrammed and name jewelry, MonogramOnline.com is in the top of its class -- from silver and gold necklaces shaped into first names to cufflinks etched with initials. But that's not all the gift-focused website is about - its huge selection of monogram-ready wares include, but are not limited to, iPhone cases, kitchenware, to sporting goods. There is something for everyone! We got more bounce in Wisconsin... 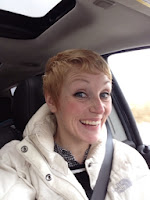 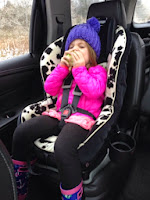 So I had a brief stint as a blonde a few weeks ago and decided to celebrate by having a faux-birthday party for Emma at Skyzone Sports in Waukesha!

Emma ate an apple in anticipation and glee for the upcoming party. 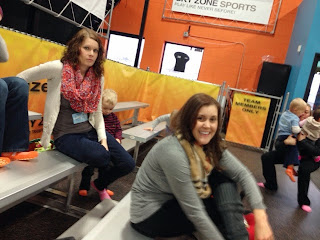 Once we got there, we were greeted and directed to sign in on computer screens. After purchasing our Sky Socks, juggling our litter of babies (see Christi above because, juggling.) we were more than ready to get our wiggles out. 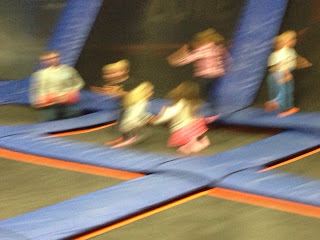 And Ho-Lee-Crap. Wiggles were gotten. The kids never stopped! It was next to impossible to get a good picture of the monsters because every kid was a blur of bounce. I was actually really impressed with how well the trampolines kept their interest. But if they didn't, there was a basketball court, this crazy foam ball pit, arcade games, a newly installed booth that hits you with a blast of cool air (because some of us got more than a little sweaty) - it was awesome just how much there was to do! 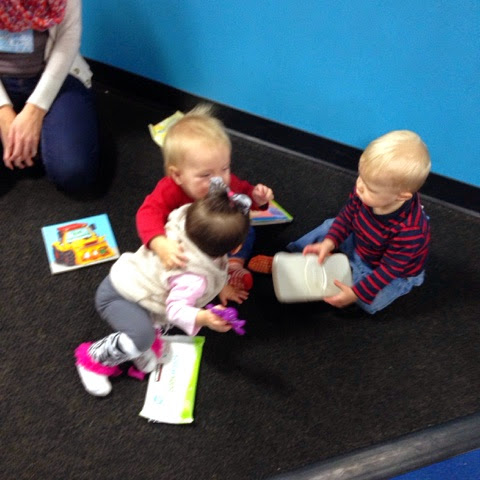 (Note the babes just chilling. Tommy was clearly getting fresh with his lady-love C) 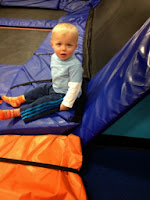 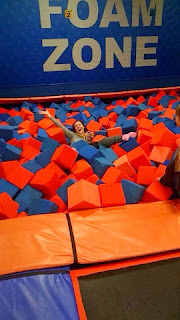 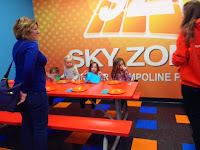 As part of the Supreme Air Birthday package, we were ushered to a private room for a pizza and soda feed that could have fed 25 grown men. Score! The only portion of the party we didn't actually receive was the birthday cake, but I'm not going to hold that against them. It absolutely wasn't needed! The moms were satiated, the kids were exhausted and awesome sleeping was had by all that night. 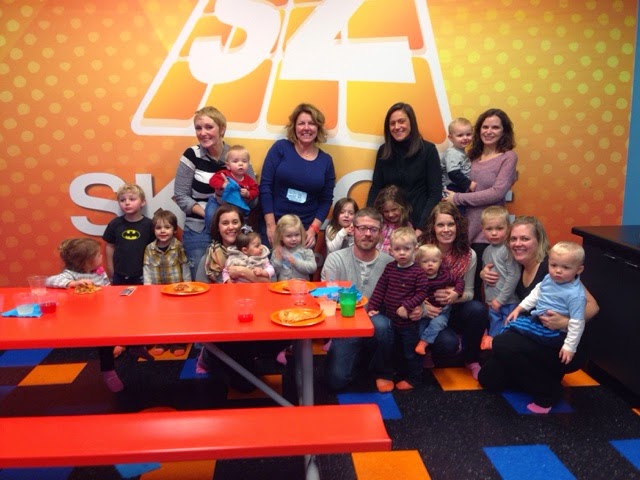 Seriously, everyone. Emma fought sleeping in the car but was tucked in and passed out at 6 pm. 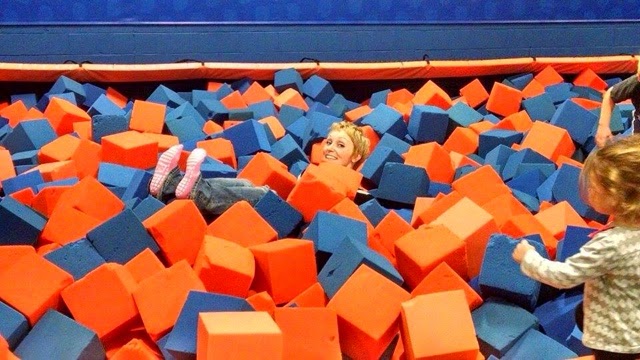 My readers can score $5 off an open jump session or $50 off a birthday party of their own at SkyZone Milwaukee! http://milwaukeekidsguide.com/coupon.php?regionid=162&bid=11841&dealid=1807