The Moose has entered Kindergarten this year (AKA all day school) and Killer began 3rd grade, which has left me with... not as much free time as I expected while being a stay-at-home-mom. I’m still running around like crazy. I’m still catering to kiddo whims despite them being elsewhere. But, I’ve began something I’ve daydreamed of for years...
Bad Movies with Buffy.

We have multiple movie theater chains in the region that offer discounted films on Tuesdays. Um, yes please? Combine that with Fandango VIP rewards (every 4 tickets = $5 off a film) and free popcorn and suddenly my world has shifted to R-rated cinematography.

All I know is that if they kids can and want to go see it, we won’t.
I’ve opened it up to friends - join me if you want, don’t if you can’t - and so far it’s been fascinating.

Week 1's viewing was Once Upon a Time in Hollywood, starring Brad Pitt, Leonardo DiCaprio and Margot Robbie (among a scattering of other big names including a blink-and-you’ll-miss-it cameo from Luke Perry) in a quirky, slow paced but entertaining story line in a “what if...” world from the brain of Quentin Tarantino.

Week 2 was Hustlers, based on a true story (but aren’t they all?!) chick flick hiding behind stripper crotch shots and JLo’s flawlessly tight [but I swear, toooootally natural.] umm... face. Seriously, even though it’s her show she still absolutely steals it. Lizzo and Cardi B make forgettable appearances throughout the first half and it definitely keeps you rooting for the bad buy, whoever that might be.


And this week? Brittany Runs a Marathon. I have seen zero trailers for Britt, but it seems sweet and it has an R-rating so chances are there are at least some bad words to meet our strict “bad” criteria: either cheesy as hell, gory or bad-wordy.

And by strict, I mean that I made up the criteria about 30 seconds ago while typing it out, and all future choices are subject to my own very poor discretion. AKA we’re totally seeing Star Wars: Rise of Skywalker even though I’m sure I’ll see it opening day weekend. 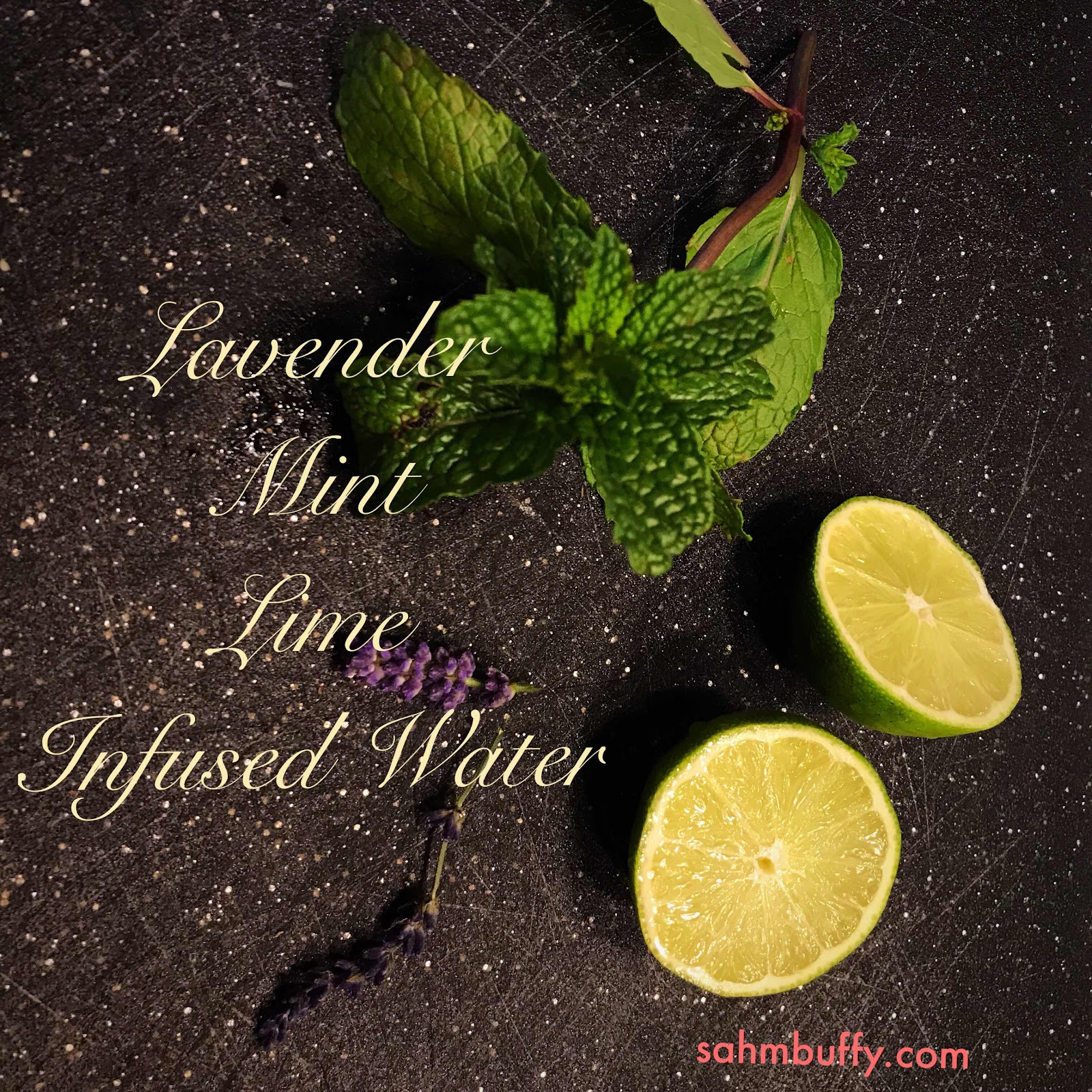 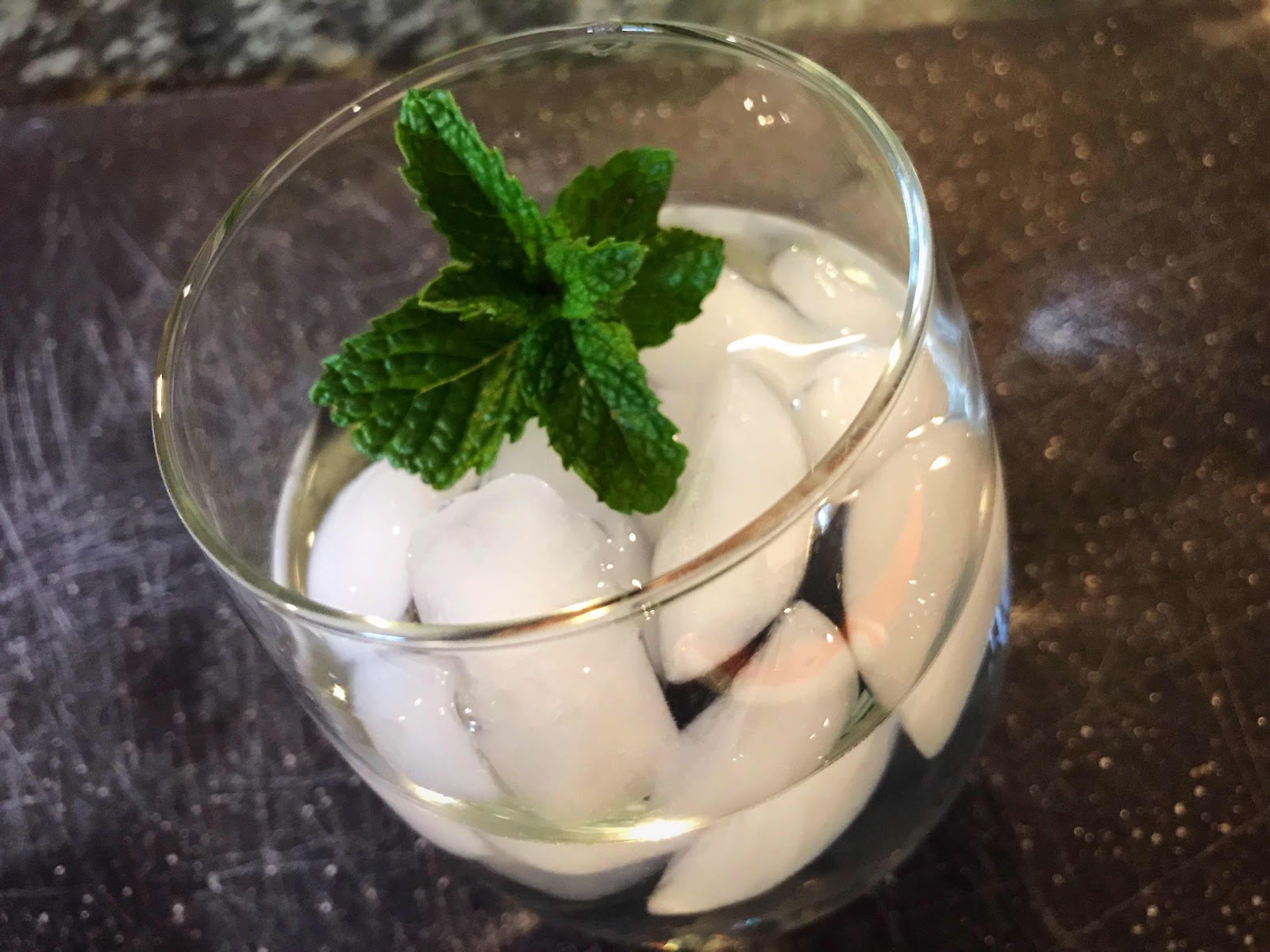 And yeah, I’ve infused. I’ve infused more random fruits and berries and cucumbers just this last summer than most people have in their entire life. I was standing around in my kitchen and gazing out at the backyard when I hit some inspiration. 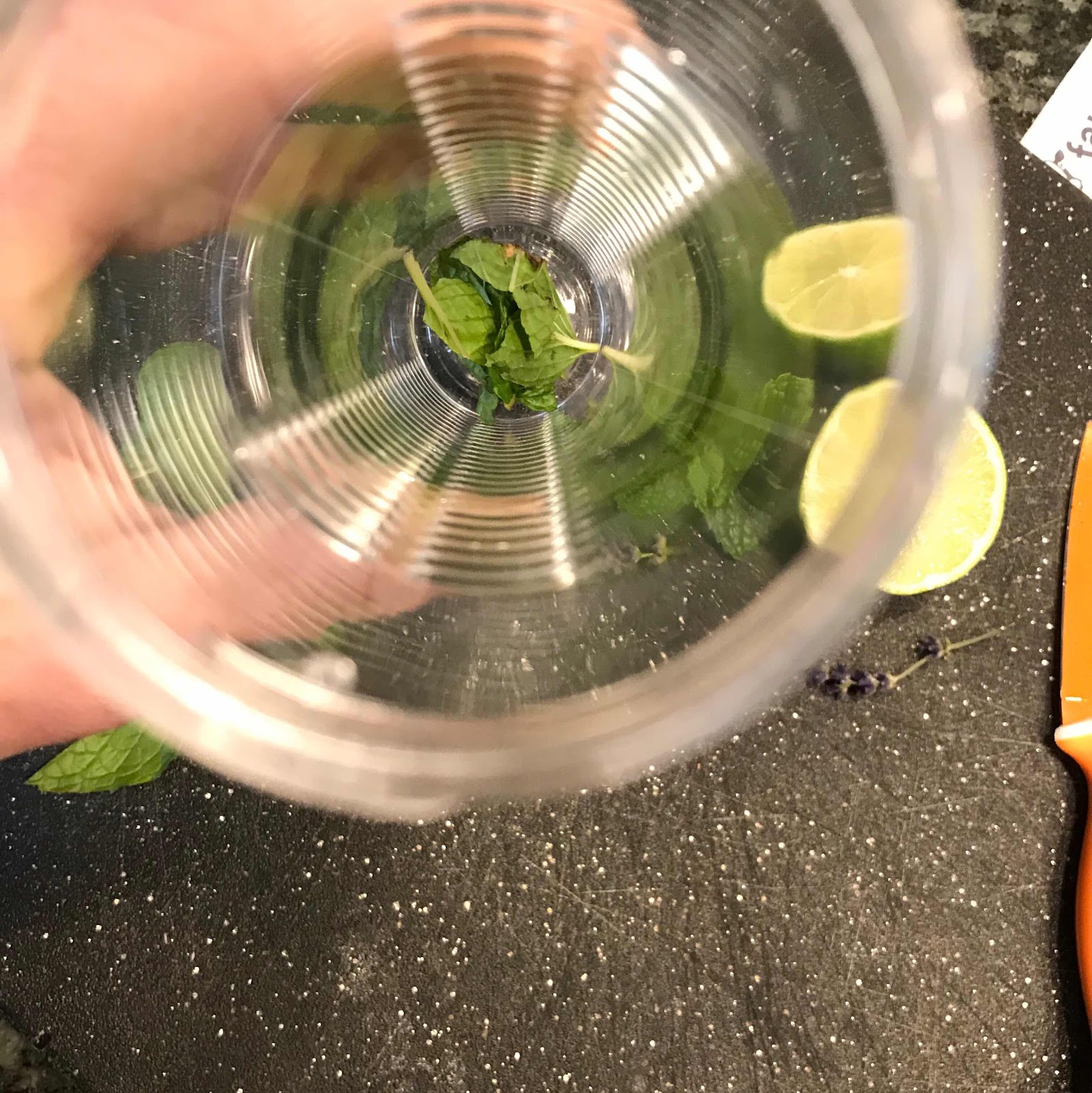 Mint, some limes, some lavender… I felt like I was drinking some exotic post massage spa drink.

While it’s pretty self explanatory, I will break it down for you. Start with your mint... I used approximately six leaves from my mint bush and simply dropped them in the bottom of a drop-in infuser jug. 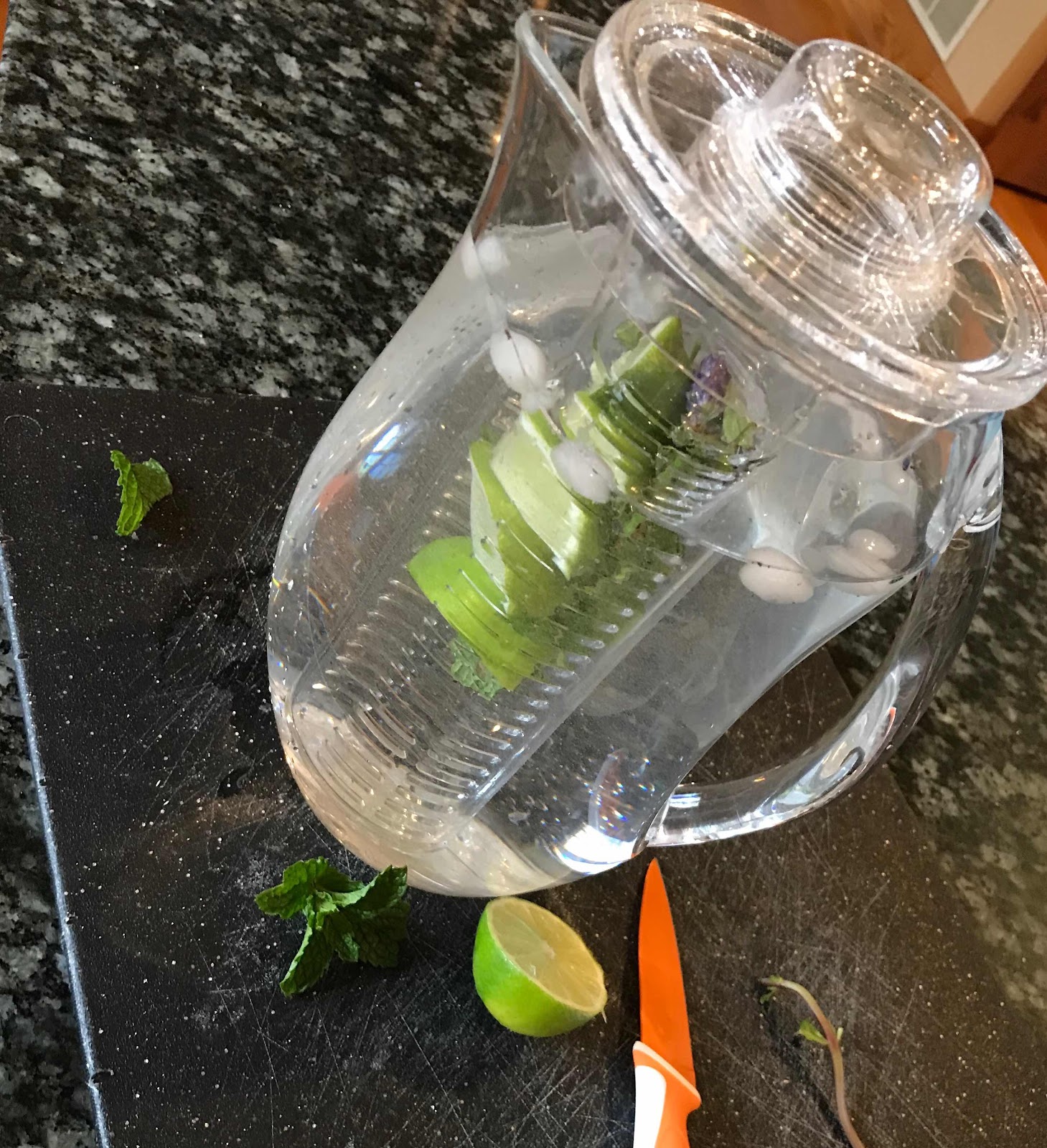 Take a whole lime and give it five or six rolls under the palm of your hand on your counter top - this is a little magic trick to make it even juicier - and then and cut it in half. Squeeze the juice of one of the halves into your pitcher and then cut the other half into slices to add into the infuser insert. 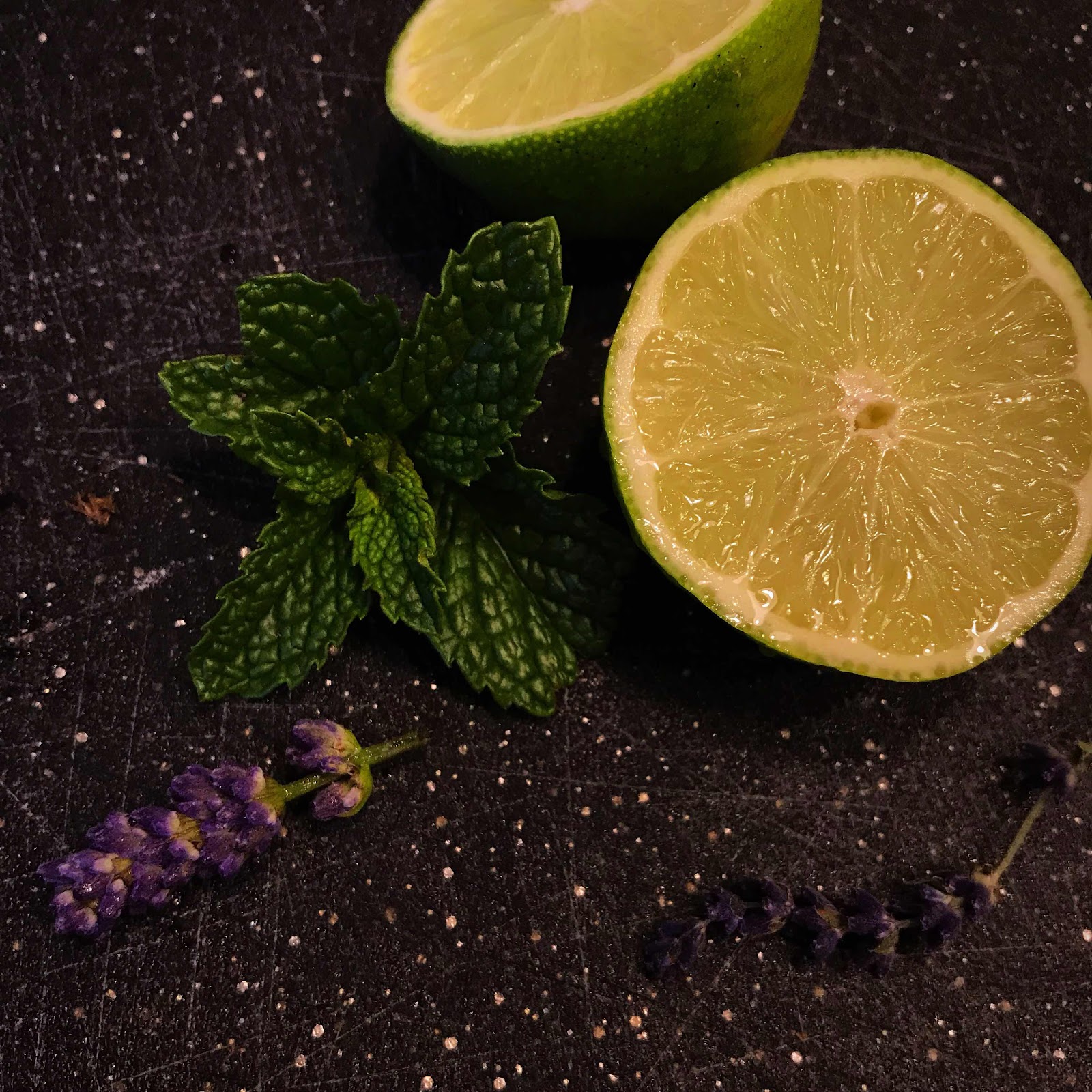 I have English Lavender growing in a pot for a natural mosquito repelling, but this beautiful purple perennial plant is also an edible herb! Snip the flower of one stem and after rinsing, pop the blossoms into the top of the infuser. Fill her up with water, place the pitcher of water in your refrigerator for a few hours or up to 48 hours and then enjoy!

English lavender is is believed to have antiseptic and anti-inflammatory properties. It also maybe beneficial for anxiety, insomnia, depression and restlessness.


Sooooo yeah, this is basically like a swollen, anxious person's miracle water. You're welcome!