Fresh Beat Band - a simple review and a warning

The tension is mounting. 5:30 comes, 5:30 goes. All around are frosting-faced, squirming and barely potty-trained toddlers, anxiously whispering to their parents "Is it time?" "No more wake ups, right??" ... 5:35. ...5:40.Suddenly, a countown appears on a screen. The lights dim, children bounce, shriek, throw their hands in the air (do it! do it! do it!), and out they come. The Fresh Beat Band. 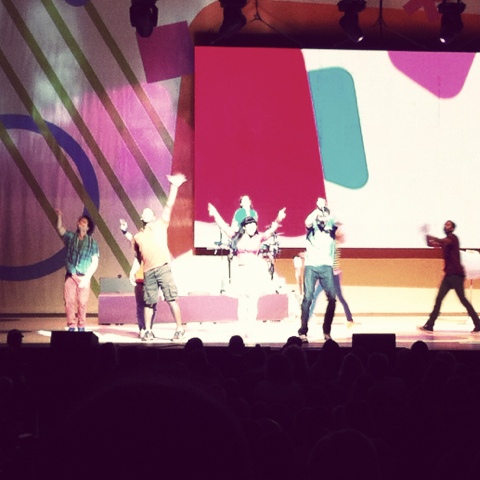 1. You won't be able to help but sing along... unless you don't know their music. 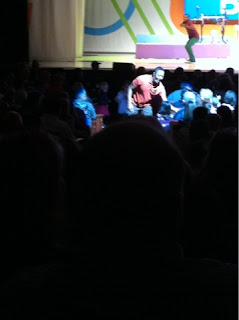 Even the 'New Marina' haters agree - the entire group is incredibly high energy and just as quirky on stage as they are on-screen. And you know this stuff has to get old for them IRL. Please. Here are a bunch of 28 year old's singing songs about friends giving friends a hand and having a superhero pose and whatnot, and they are bouncing and grinning the entire time. They actually seem to like what they do! And sure, Nick Jr. is paying them plenty of moolah to groove their way through their tunes, while four year old girls yearn for Kiki's pink tulle skirt and Marina's ruby locks. Boys clamor for a high five from the slapstick Twist or to be able to bust a few moves like Shout. Just the same, they are GOOD. And authentic. I would kill for a sip of the energy drink they must have on an iv-drip backstage.

2. Don't knock the intermission. My kid stared at the stage until the intermission, and then finally loosened up to get her groove on during and after the break. And kids were racing to the bathrooms and vendor lines. Yeah, it's only 30 minutes of tunes before they take a break, but these kids are used to 23 minutes of FBB while running wild inside their homes. Having to somewhat remain in their seats for the duration of the concert has to be borderline painful for the runts. 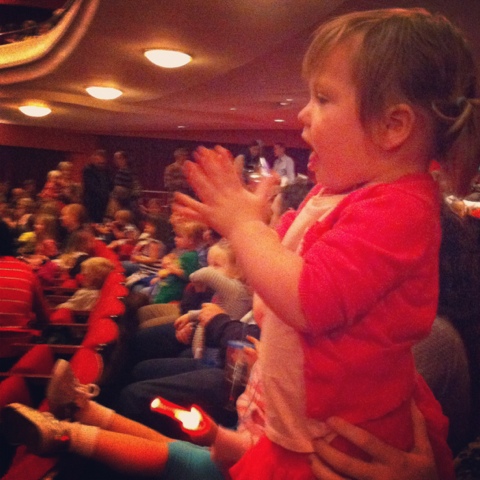 3. Bring your credit card. Your kid will NEED a 'Rock Star' jacket. Need. They run about $45. Oh, and that sweet concert tee with all the city stops? Yeah, it's $25 (Totally bought one. Whatever. I'll make it into a pillow when she outgrows it). Clearly every venue is different, but brownies ran about $6 each, small sodas were a half roll of quarters and I won't even start on licorice ropes.


4. The Warning: You will have fun. Good Lord, you will have fun. It was hands down the most entertaining 75 minutes of my life. I haven't stopped singing 'Here We Go' since Saturday night. We've been on Fresh Beat overload - I swear, 4 episodes a day, constantly listening to the two albums and humming during all silent moments. I just discovered Amazon.com has an episode from last Halloween that we totally haven't seen. Yeah. I just bought it. So my point is, you will have fun. Your kid will have fun. And your kid totally won't sleep that night because they'll be so full of energy that they will run around in circles for HOURS. 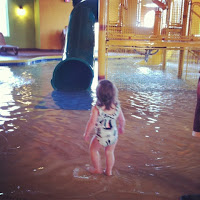 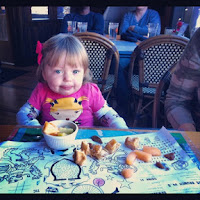 Also, our hotel in Appleton had a kiddie water park and E was adorable in it, and we had an impromptu brunch at Cafe Hollander in Tosa. The end.