As the world probably knows, I'm knocked up. The little guy (endearingly called Tommy by people in the know) is getting his own nursery, and when it came to a theme or general idea for the room I was torn. E's old nursery was intended to be various birds and bright colors, and somehow merged into being pink and green and full of cartoon owls. Cute, but not really what I was envisioning. For T, I wanted something that he could grow into, something he'd identify with as he became a toddler but a room that wasn't so mature it wasn't fitting for a youngster. Since I couldn't really pin down any one idea, I decided to make it a big ol' geektastic room! Now, I want to say outright that I have a few more finishing touches, and I'm deliberately not showing the main dresser and hutch... mainly because it's still filled with random pink cluttery items leftover from Emma crashing in this room for so long. 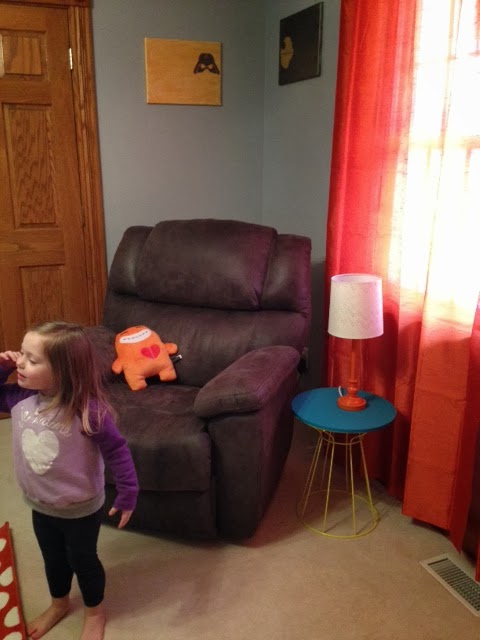 In fact, she still feels a strong sense of ownership to this room. Kid, enjoy it while you can because your little brother is SO going to kick you out of here soon enough! 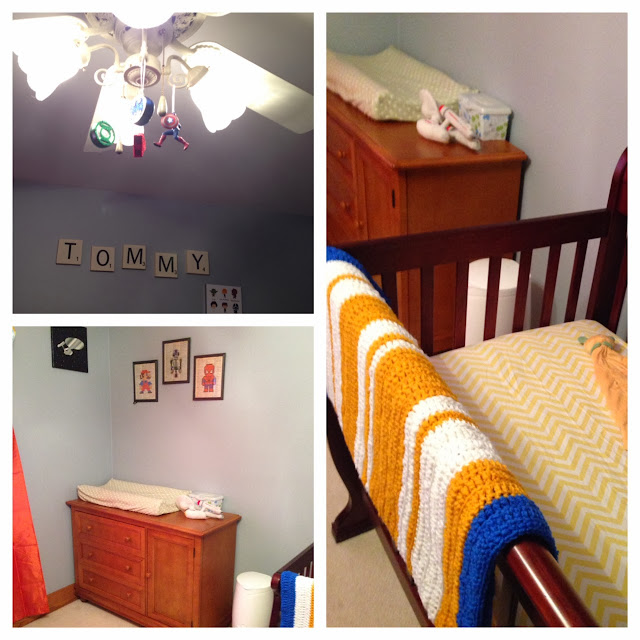 I didn't want any one space to be overwhelming with any single show or character, but there is definitely hints of Star Wars in every nook and cranny. Hey, when your husband is letting you do pretty much whatever you want in a room, you might as well throw him a bone to ensure he likes the room too! 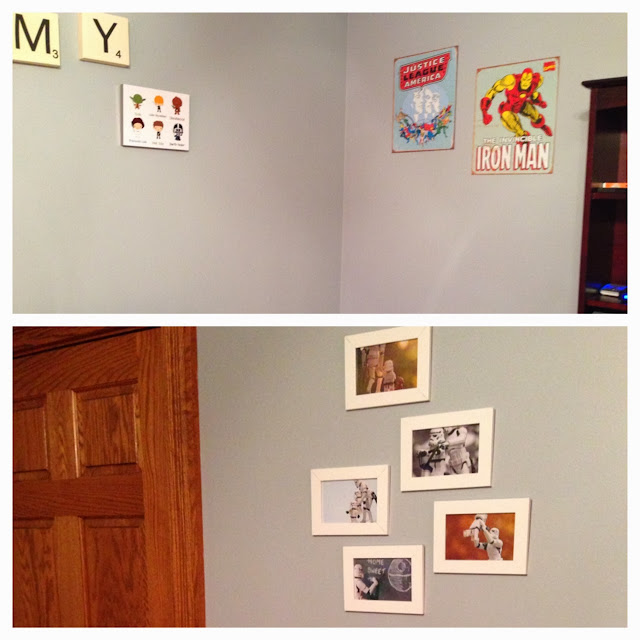 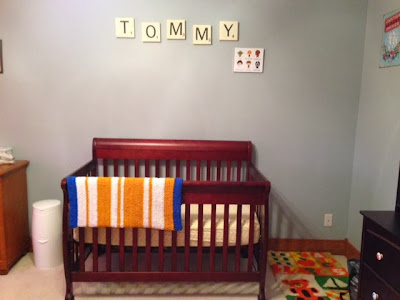 I think the part I'm proudest of is the yellow striped blanket. I spent many an hour crocheting that bad boy, and since I'm DEFINITELY still a beginner at crocheting it was purely made from love and not so much from skill. It truly helped me form a mental bond with the little dude in my gut when I was in the earlier months of pregnancy and still filled with nerves that something would go wrong. It's actually big enough to be a lap blanket for myself and I kind of envision snuggling him in the late hours in the new giant recliner, with the blanket in my lap and the kid in my arms. Sigh. Cue the misty eyes from surging pregnancy hormones. 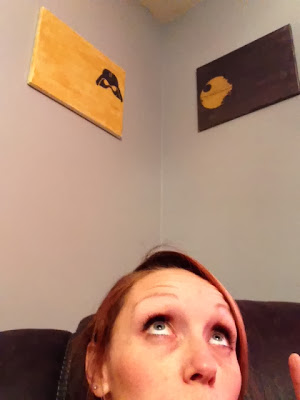 And finally, these bad boys. Inspired by a Pinterest pin a friend referred me to of another geektastic nursery, I wanted something original for the walls. I made these one afternoon during naptime and absolutely love how they turned out. In fact, I love them so much that I actually created a little tutorial I'll post at a later date! 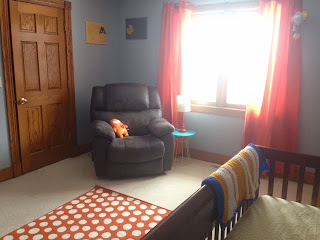 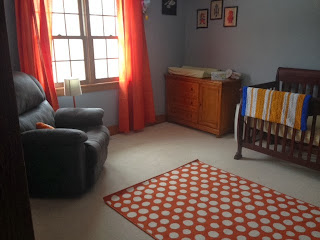 I still need to hang a mobile or two and come up with something for the floor space below the Space Trooper pictures, but overall I'm giddy with how the whole room turned out. If you want to know where anything came from, shoot me a comment below and I'll hook you up with details.